Ace’s Story: A Headache In My Heart 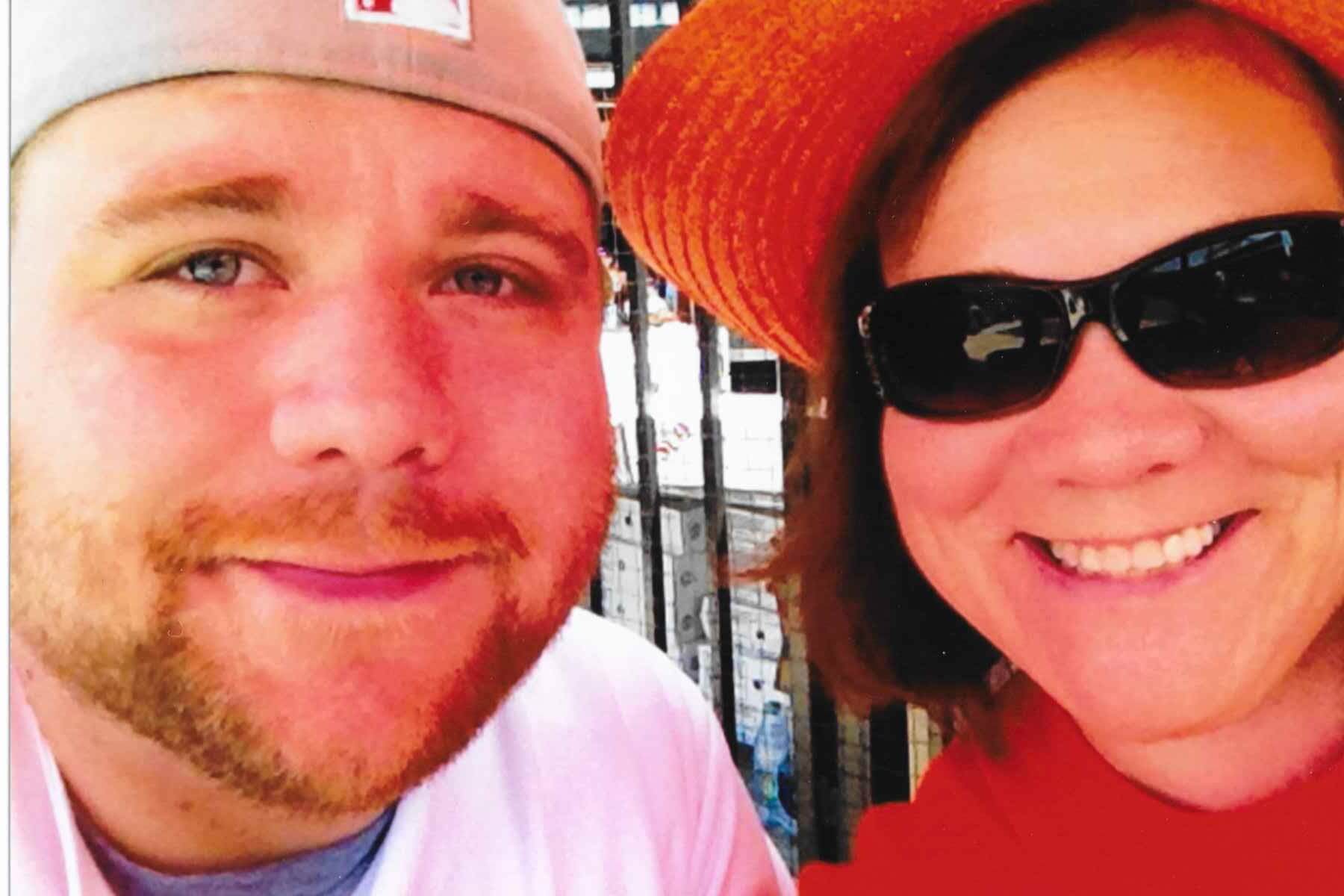 A Headache in my Heart

Aaron Christopher, the night he was born, my postpartum nurse called him “Ace” and it was perfect since he became my number one, my first precious son.  I remember him taking his first steps, the excitement he had about becoming a big brother to Chelsea and Austin, and how fiercely he loved his family.  His aunts Sarah and Leah who were 1 and 3 years old when he was born were his first friends and more like sisters to him than aunts. His aunt Amber was born when he was just 19 months old and she was the first heartbreak he ever knew when she passed away 18 months and 2 days later.  When the adults were drowning in an indescribable sorrow, my 3-year-old described the pain best.  When his grandfather asked  how he was feeling about losing Amber,  he said, with a hand over the left side of his chest “Pop-Pop, it feels like I have a headache right here in my heart.”

I’ve heard so many stories about teenagers heading down the wrong path and getting into a lot of trouble. He was never that child.  Aside from his family, his biggest passions were church youth group, showing his lambs and goats at fairs,  4-H, playing high school and rec baseball and football, watching the Orioles and Ravens, and spending time with his friends.  If anyone needed a friend, someone to confide in and help them through a tough time, Aaron was there.  It was almost as if he was everyone’s best friend, even mine.

He always seemed to trust me and shared his secrets with me. One of my favorite times of the day is when he would come home from work at night when in his late teens, flop across the bottom of my bed, and tell me all about his day at school and work. I remember the night he first met Katie, who was definitely the love of his life, and how he described her with 100 adjectives. Every other adjective was “beautiful”. Our whole family grew to love her as well. She remained a physical presence in his life for most of the next 8 years.

When he was 17, I received a scary call. He called to tell me he had been in an accident. A lady had driven through a stop sign and hit his car so hard on the passenger side that both cars spun around and she hit his car again on the driver’s side. In the background, I heard the paramedic ask, ” Can you feel your legs?” My ride to the hospital was scary, but he would be ok. He had 2 herniated disks in his back. His dreams of joining the police department like his older cousin ended that day, but he found ways to enjoy his life.

I remember sometime after he moved out of our home into his own apartment, he came to me for advice. It seemed that one of his friends was smoking pot and he was so disappointed that he thought about telling that person they could no longer be friends.  I told Aaron that it may be better to tell the friend not to do it near him,  but I wouldn’t end a good friendship.  Aaron agreed that made sense.  He was a loyal friend to so many.

He started working security at local hospitals and even carried a state special police badge through his job. He also started a security business, Ace Security LLC.  He was a huge supporter of the Baltimore Orioles since the age of 5, traveling for winter vacations in Tampa with a large group of friends to attend Training camp.  As soon as the news came out that Baltimore was getting a football team, he became an avid fan of the Baltimore Ravens. He thoroughly enjoyed attending countless games of both teams. The best game ever was when, at 16 years old, Aaron won two tickets to attend his first game. Of all of his friends and family, he chose me to accompany him to the game. I will never forget it!

Another thing he enjoyed was poker with his friends. He made a few trips to Vegas with them as well. Although his friends would sleep most of the day in Vegas, he had to get up and see the sights. One vacation in Vegas, he spent several days with his Grandma who was vacationing there at the same time. She had so much fun with him. His passion for poker led him to eventually deal at poker tournament fundraisers hosted by Jonathan Ogden of the Baltimore Ravens. I found that ironic, as Jonathan Ogden was the very first Raven he had ever met shortly after he was first drafted.

When Aaron was in his early 20’s, he had to escort an enraged psychiatric patient to a nearby hospital for a medical exam. While there, the patient tried to attack the ER nurse. He intervened to protect her and wound up being thrown against a wall which resulted in several more herniated disks. He suffered chronic pain from that day forward.  I accompanied him to his surgeon consultation and it was suggested that he put off surgery.  His primary care doctor referred him to pain management so he would not wind up on prescribed narcotics.

Fast forward a few years, his life seemed almost perfect. He had tons of friends, a beautiful home, a nice new car and truck, and a family that adored him. The next thing we knew, his pain management center and doctors were raided by the DEA and Baltimore county police. The center was shut down and the doctors went to jail. Apparently, it was a pill mill. They were severely overprescribing oxycodone for years.  I talked to Aaron about my concern with the amount of medication he had been prescribed, and he explained that he didn’t have a problem and that all he had done was follow the doctor’s orders. He even asked the doctor, “Isn’t this a lot?” And the doctor explained that it was what he needed “due to the severity of” his injuries.

Now that his pain center was closed, no other doctor would prescribe what he now “needed” to control the pain. Then, we started to notice changes in our Aaron. He started to constantly borrow money without paying it back.  His relationship with Katie ended, and friendships were strained. He lost his homes, vehicles, jobs, practically every material item he owned, and a lot of his confidence. He fought this battle for over six more years.

Aaron called me one morning asking me to help him find a rehab to get into. He made the arrangements and was supposed to leave on Monday morning January 28, 2019, to admit himself. On Sunday morning, January 27th, he Facetimed me at 8 am for about 30 minutes. He was telling me about his doctor’s appointment the next day and how he was going to head to rehab once it was over. He told me about how a friend of his had been in the hospital. He spent time that day trying to arrange a rehab for his friend. Before we ended the call so I could get ready and head to church, he told me for the last time, “I love you more”.

Almost exactly twelve hours later, I received THAT phone call. THAT phone call shattered my heart into a million pieces. My 32-year-old son decided to use “one more time” before he left his home to head to rehab the following morning. The pill mill had been shut down by the DEA over 6 years earlier. The doctors went to prison. Meanwhile, my son, my family, my son’s friends, and thousands of other patients and their families went through hell. The doctors are out of prison and my son’s remains are in an urn in my living room. When 2019 started,  I had hope. Less than 4 weeks later,  I had the biggest heartbreak ever of my life. Now, I have a forever ” headache in my heart.”

I will never think this addiction was his fault. He did not decide to become an addict. He did not choose to have a substance use disorder. Others may disagree, but I know he could not control it. This was NOT HIS choice.  I will always blame the pain center and the pharmaceutical companies and the medical community who failed him. He trusted the doctors as his RN mother taught him to do.

Today, I have a mission! Part of my mission is to help at least one other parent from feeling the pain that I live with every day.  We need to end the stigma, so parents are willing to reach out and ask for help. There is NO need to be embarrassed.  This is no indication of your parenting. Are you that mom or dad? Please see our resource page for family members.

Another part of my mission is to help those recovering from substance use disorders achieve a successful long-lasting recovery. If that is you, I want you to know that I care. We here at Ace’s Place Inc truly care! YOU are important. You are valuable! You are loved and needed in this world. This battle is not yours alone. It will not be easy, but I promise, it will be worth it. You are WORTH it!

The last part of my mission is to raise funds to open as many recovery homes as possible. It’s time for change. Please consider supporting us to put an end to this stigma and this battle. Together, we can change our world.

I grew up in a middle-class suburb in MD. In my home, I grew up with both of my parents and one of my older sisters. I have two other half-siblings on my father's side, an older sister and an older...
Read More